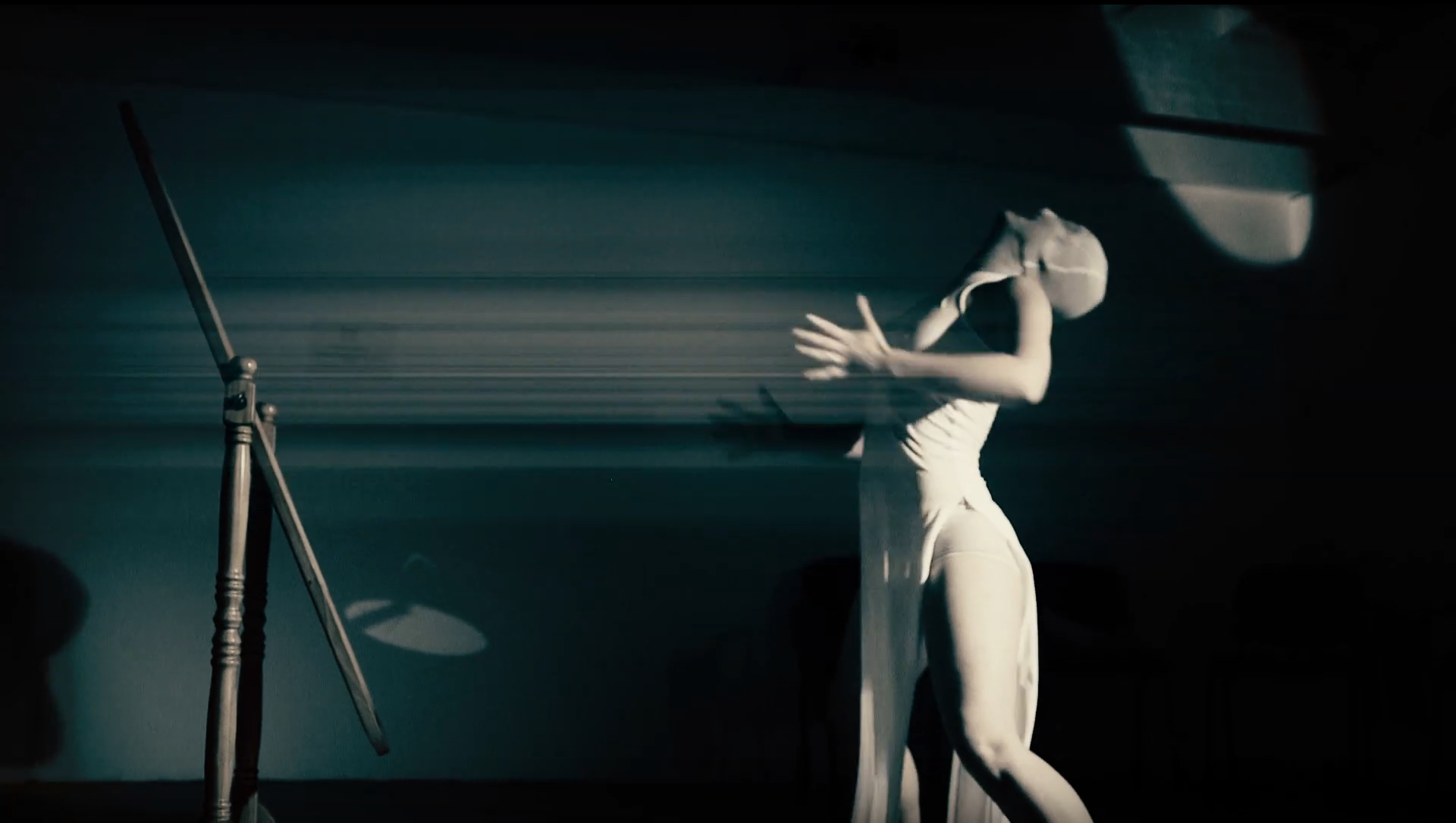 This is a collaborative art film developed from the performance art piece of the same name, originally conceived and performed by Stefanie Elrick at TransStates: The Art of Crossing Over in 2016.

It begins with the birth/resurrection of a cocooned, almost mummified figure, laid at the base of the mirror inside a magic circle. The ‘new born’ awakes, faceless, androgynous and unsteady on its feet and slowly learns to crawl, stand, walk and then dance, feeling its way into its body through instinct, memory and rhythm.

As the being develops it becomes aware of its own reflection. Soon, the dancer
seeks to seduce the Other, beautifying and ‘humanising’ itself and gender to win the reflection’s affection. It draws on exaggerated facial features, cuts off the gauze fabric that has been a veil between it and manifest reality, and eventually reveals a human face underneath. When the
being realises it will never receive the love it craves it becomes frenzied, desperate and manic, and destroys the object of its attention—by smashing the mirror.

The threshold is obliterated.

From the carnage of the broken shards, with a new calmness and sense of self control, the being creates a third face; a divine visitor or angelic messenger, then steps out of the magic circle and moves into the world.

The performance was captured on camera by Ceridwen Greenwell. Then artist and
filmmaker Cavan McLaughlin collaborated with Elrick; employing dark and dramatic postproduction, and discontinuity editing, to produce this startling re-visioning.

Performed by Stefanie Elrick at Trans- State: The art of crossing over 2016.

Song: Victim To The Charms Of Radio by Pentaphobe