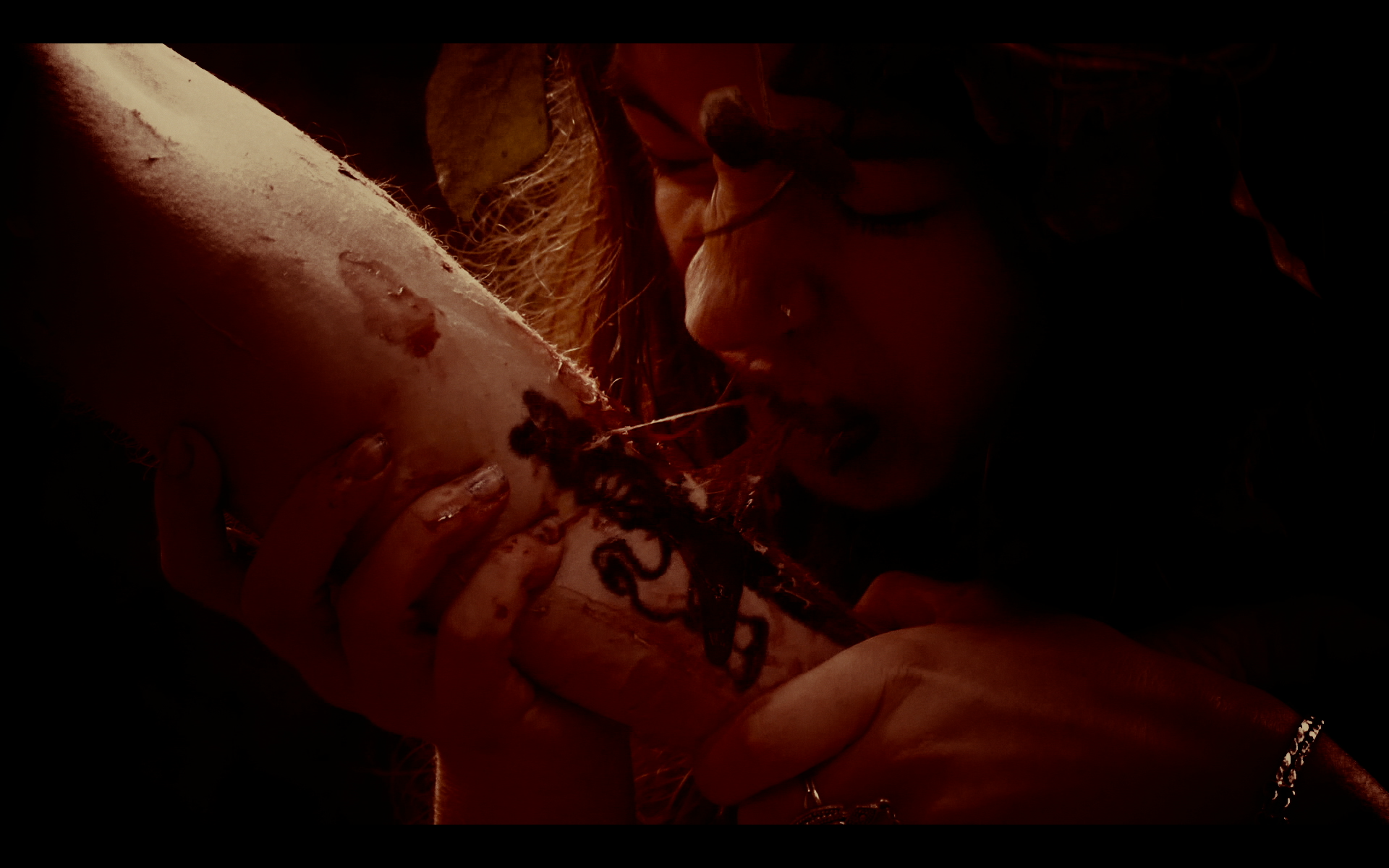 This stunning image, of teeth savagely rending flesh, is from work we recently completed for esoteric artist and occult indie-filmmaker, Orryelle Defenestrate. The scene is from Orryelle’s debut feature film, Solve et Coagula, where we were commissioned to provide a gruesome overhaul with additional colour-grading and our signature editing style. On a recent social media post Orryelle said, “this scene of the Maenads tearing apart Orpheus from has undergone a dramatic post-production transformation recently in the brilliant hands of Cavan McLaughlin, and I am excited to share more of it soon.”

The release date for Solve et Coagula is yet to be formally announced but is currently expected in August of this year. However, an extended flashback sequence from the feature film has been pre-released as Orpheus in Tartarus: an award-winning 20-min short film which is available to watch online now. (Visit the film’s page on Vimeo to read a full list of awards won to date, available at vimeo.com/396471225).

There is a teaser trailer after the credits of the short which features a brief glimpse of work. We look forward to sharing the whole scene when the feature is freely available